What We Love About Dynamics NAV 2018

With the release of Dynamics NAV 2018, Microsoft has focused on the development of the Web client, focusing on ease of use, and improvements on the backend to help ultimately benefit customers on taking new upgrades

Michael Gibbs identifies some of the highlights of NAV 2018, the latest release from Microsoft, released in December 2017.

The most noticeable change is the web client layout design. It now enables users in web client to customise the layout in the client function. As well as adding fields and freeze panes, users can drag and drop fields between different fast-tabs, which is not possible in the Windows client. There are some nice visuals to see how the changes are going to look in the tablet and phone client modes too. Perhaps the only thing missing now from web client on the front end is admin-level customisation that applies to the entire role-centre, let’s see if this is on the “to do” list future updates!

Dynamics NAV 2018 features other improvements in the web client for example better more intuitive keyboard navigation for data entry a built-in PDF preview that works in all clients (that previously only used to work in Internet Explorer). For more efficient updating you can now switch from one to company another in a multiple database, without signing out and back in. And finally, a new Application Program Interface (API) to integrate with other apps. All great features for web Client, that increase ease of use, but we will just keep on our wish list advance filters, saved views and zoom to be totally satisfied!

Some of the new extensions shipped by Microsoft include:

And some new functionality that has been added includes:

The game changer – although Customers may not notice it!

The biggest change in the software is pitched as a great feature for programmers and developers. Extensions V2 (VS code and coined modern development environment) is a game changer for programmers with most future development now recommended to be done in V2 VS code. This may not seem to be of any real interest to end-users of the product, however they will benefit from this immensely.

The benefit to end-users is that if your back-end NAV developers are developing in this new method, then the process to upgrade to newer versions once you have upgraded to NAV 2018 will be far quicker and easier. Microsoft’s ultimate objective is to enable Dynamics NAV Customers to upgrade to the latest releases of NAV without having to worry each time about a huge financial outlay or unnecessary downtime. Plus there are other technological advances that allows the upgrade process to have less downtime for Customers as well.

It’s amazing how many changes there are in this new version and very pretty much all for the better, and they certainly getting the thumbs up from both clients that have upgraded and our NAV programmers and developers. With the news that Dynamics NAV 2018 R2 will be following close behind with even more features it really emphasises the fact that Microsoft are leading the way within the SME ERP arena.

To benefit from these new features and to upgrade your Dynamics NAV system to 2018 contact Synergy Technology on 0345 456 0050. We can also provide bespoke development and training to get you started on in your new version of Dynamics NAV.

Also refer to our article on Dynamics NAV Bespoke Development 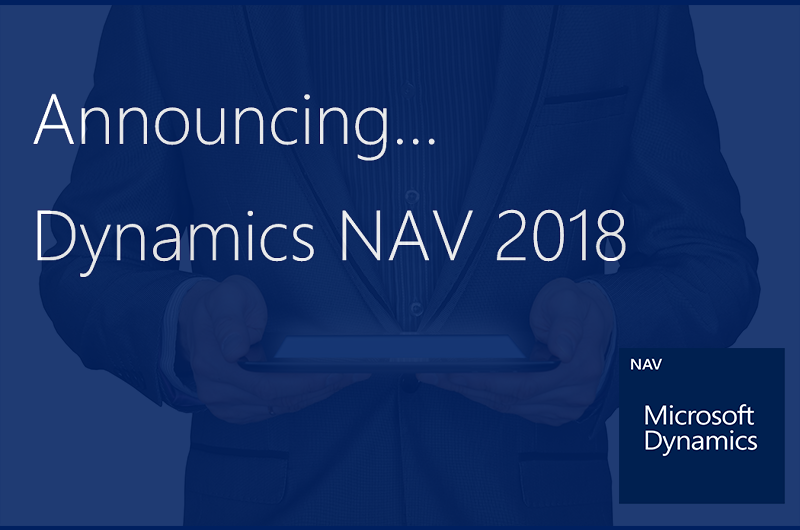