From April 2017 organisations in the UK with 250+ employees will need to report the overall gender pay gap between all men and women. This will need to be reported annually, not just on the organisation’s website, but also a dedicated Government website, which means that the information is accessible for everyone to see.

Although Gender Pay results should be published by 4 April 2018, using a snapshot of base pay as of 30 April 2017, businesses will need to include figures on bonus payments from as early as 5 April 2016. Waiting until the last moment or failing to report Gender Pay will endanger your business to be exposed to negative publicity and creating issues between your employees which could ultimately lead to legal disputes, which can be particularly costly and time-consuming – Equal Pay claims cases can last for years.
In addition there is the danger that you are exposed by the Government reports as they will be publishing league tables of results and naming organisations that fail to report.
The UK gender pay gap is at its lowest level ever. The current Government is committed to ensuring the gap is eliminated within a generation.

Make sure your payroll and accounting system is ready to produce the required information. Contact Synergy Technology if you would like to find out more about accounting applications and payroll systems for your business.

Businesses with 250 or more employees must publish the information on your organisation’s website by 4 April 2018. The results must accessible to the public including an accuracy statement. The results must remain on the website for at least three years.

The businesses must upload the gender pay gap analysis results onto the Government’s reporting website.

What is the Gender Pay Gap?

What are the causes of the Gender Pay Gap?

There are a number of overlapping reasons why a Gender Pay Gap arises including:

Synergy Technology is a Pegasus Opera partner and an accredited Microsoft partner. We can advise you on the most suitable accounting and ERP system for your business. 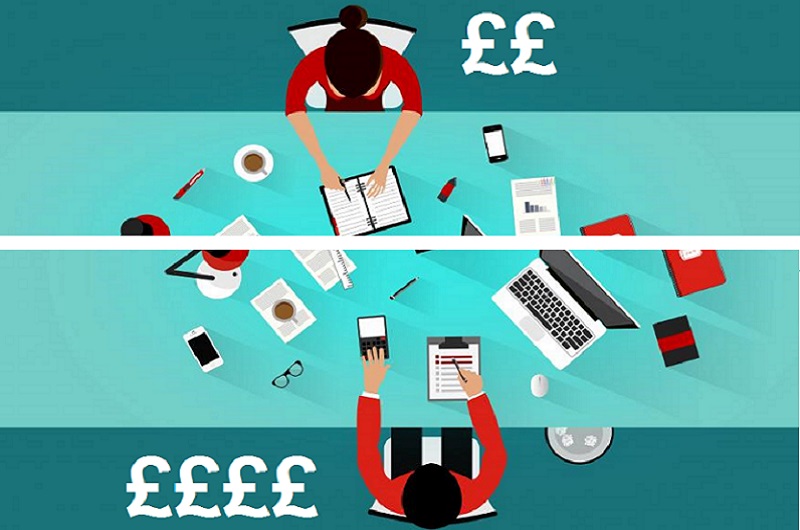