Reacting to the Sony Hack

First, this is not an act of terrorism. There has been no senseless violence. No innocents are coming home in body bags. Yes, a company is seriously embarrassed­ and financially hurt ­by all of its information leaking to the public. But posting unreleased movies online is not terrorism. It’s not even close.

Nor is this an act of war. Stealing and publishing a company’s proprietary information is not an act of war. We wouldn’t be talking about going to war if someone snuck in and photocopied everything, and it makes equally little sense to talk about it when someone does it over the internet. The threshold of war is much, much higher, and we’re not going to respond to this militarily. Over the years, North Korea has performed far more aggressive acts against US and South Korean soldiers. We didn’t go to war then, and we’re not going to war now.

Finally, we don’t know these attacks were sanctioned by the North Korean government. The US government has made statements linking the attacks to North Korea, but hasn’t officially blamed the government, nor have officials provided any evidence of the linkage. We’ve known about North Korea’s cyberattack capabilities long before this attack, but it might not be the government at all. This wouldn’t be the first time a nationalistic cyberattack was launched without government sanction. We have lots of examples of these sorts of attacks being conducted by regular hackers with nationalistic pride. Kids playing politics, I call them. This may be that, and it could also be a random hacker who just has it out for Sony.

Remember, the hackers didn’t start talking about The Interview until the press did. Maybe the NSA has some secret information pinning this attack on the North Korean government, but unless the agency comes forward with the evidence, we should remain sceptical. We don’t know who did this, and we may never find out. I personally think it is a disgruntled ex-employee, but I don’t have any more evidence than anyone else does. What we have is a very extreme case of hacking. By “extreme” I mean the quantity of the information stolen from Sony’s networks, not the quality of the attack. The attackers seem to have been good, but no more than that. Sony made its situation worse by having substandard security.

Sony’s reaction has all the markings of a company without any sort of coherent plan. Near as I can tell, every Sony executive is in full panic mode. They’re certainly facing dozens of lawsuits: from shareholders, from companies who invested in those movies, from employees who had their medical and financial data exposed, from everyone who was affected. They’re probably facing government fines, for leaking financial and medical information, and possibly for colluding with other studios to attack Google.

If previous major hacks are any guide, there will be multiple senior executives fired over this; everyone at Sony is probably scared for their jobs. In this sort of situation, the interests of the corporation are not the same as the interests of the people running the corporation. This might go a long way to explain some of the reactions we’ve seen.

Pulling The Interview was exactly the wrong thing to do, as there was no credible threat and it just emboldens the hackers. But it’s the kind of response you get when you don’t have a plan.

Politically motivated hacking isn’t new, and the Sony hack is not unprecedented. In 2011 the hacker group Anonymous did something similar to the internet-security company HB Gary Federal, exposing corporate secrets and internal emails. This sort of thing has been possible for decades, although it’s gotten increasingly damaging as more corporate information goes online. It will happen again; there’s no doubt about that. But it hasn’t happened very often, and that’s not likely to change. Most hackers are garden-variety criminals, less interested in internal emails and corporate secrets and more interested in personal information and credit card numbers that they can monetize. Their attacks are opportunistic, and very different from the targeted attack Sony fell victim to.

When a hacker releases personal data on an individual, it’s called doxing. We don’t have a name for it when it happens to a company, but it’s what happened to Sony. Companies need to wake up to the possibility that a whistle-blower, a civic-minded hacker, or just someone who is out to embarrass them will hack their networks and publish their proprietary data. They need to recognize that their chatty private emails and their internal memos might be front-page news.

In a world where everything happens online, including what we think of as ephemeral conversation, everything is potentially subject to public scrutiny. Companies need to make sure their computer and network security is up to snuff, and their incident response and crisis management plans can handle this sort of thing. But they should also remember how rare this sort of attack is, and not panic.

This article was previously posted on the Vice Motherboard. Credited to Bruce Schneier and Phil Sayer. 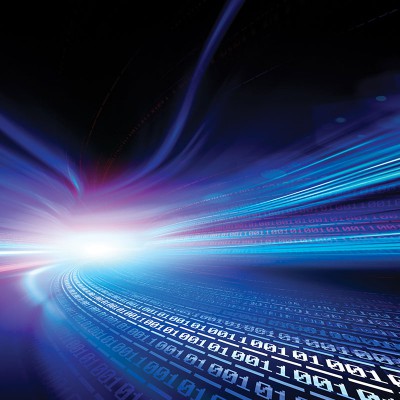